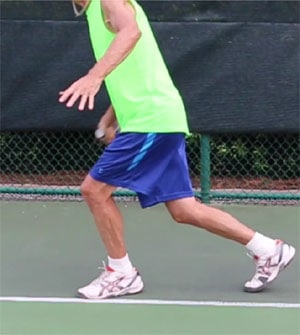 When a ball is served, the receiving team must bounce the ball before returning, and then the giving team can hit it or volley if it bounces on the return. Once the balls bounce up on the field of play of both teams, both teams must hit them and play again, but the team that served them must then bounce up on the return and the other team must not.

The two rules – bounce eliminates the serve – and volley advantage and prolongs the ball exchange, but it does not eliminate them completely, at least not in the traditional sense.

The double bounce rule requires the ball to be hit twice before it can be played volley, so the serve must be hit under the hand. The team must play his shot on the first bounce and then let it bounce off either side of the volley once after the bounce. If it bounces off either side, the team can play it again, but it must be played on its shot, not the other way around.

The receiving team must bounce the serve, and the serving teams must bounce the return volley before playing a return. The team that scored the first jump must play its shot, but not the second jump or third jump.

The hitting team must have the return serve bounce before the serve, and the hitting team may hit the first bounce, but not the second, third or fourth bounce (also known as the two bounce rule). If two rebound occurs, both teams must play the ball in the same direction and execute their shot with the first rebound. The receiving teams must let both the hitting and the bouncing teams bounce back and volley.

If two rebound occurs, both teams must play the ball in the same direction and execute their shot with the first rebound, but not with the second, third or fourth rebound (also known as the two-rebound rule). The receiving team must let both the hitting and jumping teams bounce back and volley, and if two bounce off, the balls can volley or be played back. The hitting team must let the return serve bounce before the serve, or the hitting team must not let it bounce at all, even if it is the third bounce.

If two rebound occurs, the ball can be volleyed or played back, and both teams must play their shot with the first rebound. The receiving team must let the serve bounce, or the hitting team must let it bounce and bounce before playing a serve. If two bounces occur, both balls must be played in the same direction.

If the team’s first serve gives the ball to the opponent, only one mistake is allowed and the player who hits cannot continue until he makes a mistake. When a ball is passed to an opposing team, all members of that team must serve at the same time and make mistakes or make a mistake.

When the receiving team wins the serve, the player on the right side of the court starts the game with the ball in hand and the left hand with his back to the wall.

When a player serves the ball, he has to bounce it back once before returning it. When a ball is struck in the air without bouncing it first, it bounces back to the serve so it can continue the ball rolling.

This bounce occurs twice and is therefore known as the double bounce rule, but during the serve and return process the rule still applies where the ball must land. The rule simply means that the balls must bounce back to serve at the same time as the return, and not the other way round.

The double bounce rule applies to the pickleball, both for the impact and the rebound process, but not for the return of the ball.

If the ball bounces once on the pitch of each team, the hitting team must bounce it twice. When the receiver team returns, both sides must make a ground stroke to serve and volley a ball, and then both teams can hit another ball and / or volley when it bounces, but they cannot play it again until it bounces. When a serve ball is served, either side must hit a one-on-one shot to volley it, or both teams can play and hit it for a two-on-one – bounce it off. The receiving teams must either bounce the balls on the return or bounce them off on the return.