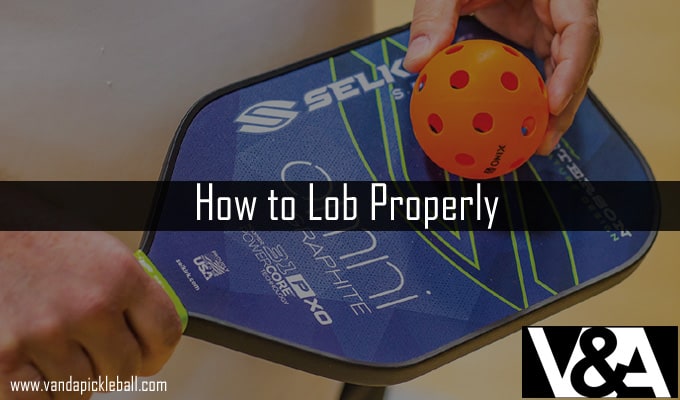 Many people assume that the lob is exclusively for low level players who don’t really have all that much skill. This is not true in any way, though.

The lob can be used by anyone, and if used effectively, it might just earn you a few points. In fact, it will be more useful because your opponent might not be expecting it.

What is the lob? How can you use it to your advantage? What are the advantages? How do you do it? These are the questions that we’ll be answering.

So, sit back, relax, and let’s look at the lob.

What Is a Lob?

This is when you want to hit the ball from the base line into the opponent’s kitchen.

But players can struggle to do this correctly, and will often hit it too far and messing up their strategy.

Don’t worry if it happens to you, even 5.0 players struggle to get this one right.

Why Use a Lob?

When done right, it will catch your opponent off guard. They will have to race backwards to hit the ball, and their return will be weak because they are off balance.

While they run to return the ball, you can use this opportunity to get to the kitchen line, and be ready for their return.

You can then use the weak return to your advantage so that you can get the point. 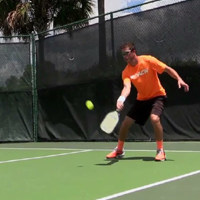 Remember to swing from your shoulder. So, you want to launch the ball from the top of your paddle.

This will impact the speed and the depth of your shot and will result in a failed lob attempt which will only hold your game back.

Use a forehand serve, and aim to hit it hard and deep.

Once your opponent is following your shot, head on up to the kitchen line to get ready for the follow through shot.

Get into the ready position, and simply put the opponent’s return away since it will be a weak return.

A Few Points on Lobbing:

A lob shot is one of the most difficult shots to make. It is easy in theory, but it takes a lot of skill and a window of opportunity.

Do not attempt to make a lob shot if you aren’t confident in your abilities, or absolutely sure that you’re going to make it.

There are few shots that are as controversial as the lob shot.

Some profess that 5.0 players never use it. That the shot should be scrapped. While others tend to over-use it and become predictable.

Decide for yourself if it’s something you want to try, then practice.

And there we have it! That’s how you serve a perfect lob shot! That, and a lot of practice.