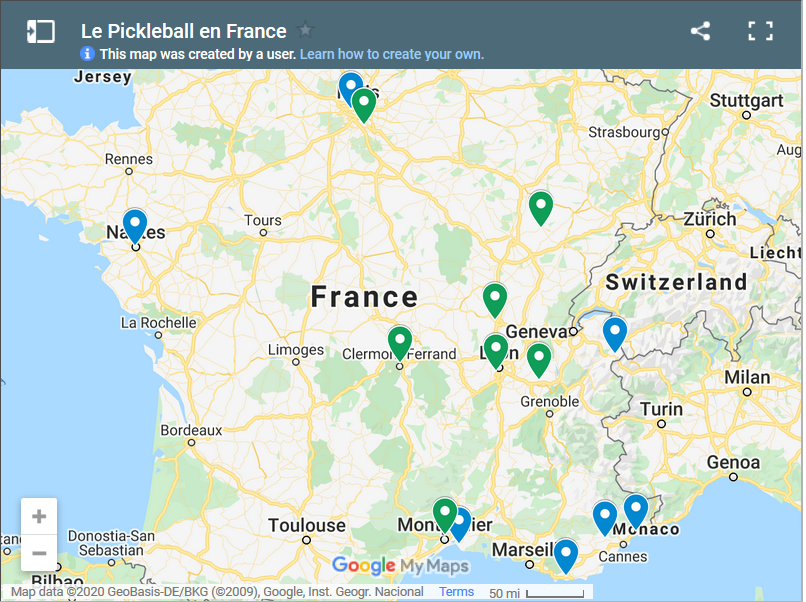 Although pickleball originated in USA, it’s popularity has reached various part of the globe,one such worth inclusion is Pickleball in France. There are various cities in France that have pickleball games going on, we are going to focus on few place you can play pickleball France.

According to pickleball central “The first pickleball association in France was born in February 2015 after being presented to officials from the Commune, the Communauté de Communes du Pays de Fayence and the Conseil Regional / Territorial du Département. For those non-French speakers, these are basically political and economic departments in France.“

Some of the cities pickleball is frequenty played are Paris,Versallie,Nantes,Lyon,Macon,Cermont-Ferrand,Perpignan, Seillans, Tanneron, Montpellier to name a few.

If you’re in France or planning on holidaying then check out this interactive map to get you the place to play pickleball in France.